Karen Nhakaniso - Why I became a Human Rights Activist 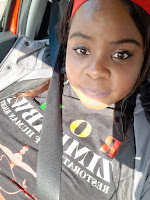 I had been a silent bystander to the events in Zimbabwe. In 2013 I realised that without people like me fighting for those without a voice then we are traitors to the people of Zimbabwe. I became a human rights activist because I believe that we all have a right to be free to express ourselves, free to decide their future. To be free from injustice, free from persecution, free from fear.

I am a young woman in a country where I can fight for my country and raise awareness without fear of sexual violence, rape, abduction, wrongful incarceration and death. I cannot say the same for many women activists in my country. The Zimbabwean authorities have mastered the art of using rape as a weapon, of using abduction and torture as a weapon, of using death as a deterrent to fellow activists. This cannot be allowed to go on.  Zimbabwe is our country. We all have a right to be free.

I refuse to be silent, I refuse to squander the freedoms I have here and not fight for my people. To fight for young people like Netsai Marova, Takudzwa Ngadziore, Makomborero Haruzivishe, Namatai Kwekweza, Noxolo Maphosa, Tawanda Mucheiwa and many others. Their fight is my reason for being a human rights activist. Even under the threat of violence, we will not be silent. In the words of Takudzwa Ngadziore :'DEATH WILL NOT STOP US FROM GAINING FREEDOM'.

Author: Karen Nhakaniso is a human rights activist and Branch Secretary of the North branch of Restoration of Human Rights (ROHR) Zimbabwe’s UK Chapter. She is based in the United Kingdom