AlvinaChibhamu - Why I became a Human Rights Activist

Human rights exist partly to protect vulnerable groups from abuse and ensure basic needs are met. They allow people or groups to stand up to societal corruption, allowing people access to such basic services like education, housing and other civil liberties including freedom of speech and expression, freedom to practice their religion of choice, freedom of association, equal work opportunities, protection of the environment etc., by right and not as a favour. My definition of human rights activism, is the practice of addressing issues by challenging those in positions of authority to observe, uphold and promote human rights. Human rights should provide a universal standard that hold the government accountable. I engage in activism because I desire to see a just society in Zimbabwe where human rights are respected for every individual regardless of their station in life and where the government does not trample upon people’s rights for political expedience. I also yearn to see a Zimbabwe where there is genuine rule of law, where everyone is treated the same before the law and where the Executive does not interfere with the operations of the Judiciary.
Whilst the human rights situation in Zimbabwe has always been deplorable from time immemorial, the situation has reached an all-time low during Emmerson Mnangagwa’s (ED Mnangagwa) presidency.
I became an activist after seeing the magnitude of ZanuPF’s flagrant disregard of human rights, their perpetual plundering of public funds and the adverse effects thereof to the country; keeping silent was not an option. Human Rights are important for me as they accord every human being the inherent dignity of life. The right to life and good health for example are enshrined in our constitution but the same government that took an oath to uphold the constitution is the same one violating those rights willy-nilly. I wonder why some people continue to trust and support such a government. Citizens are facing repression and mistreatment at the hands of the government- ZanuPF, including;
Torture & other cruel inhuman or degrading treatment or punishment “Sept 19, 2019, Peter Magombeyi, was found abandoned after being abducted for 5days, subjected to gross physical and mental torture”.
Arbitrary deprivation of life “We remember Hilton Tamangani, (and counting) who died in police custody after being severely beaten by the police and refused medical attention”.
Disappearances (by or on behalf of the government) Laws are not consistent with the Constitution of Zimbabwe. Only in Zimbabwe does the Constitution say there is freedom of speech but there is no freedom after the speech. 9th March 2015- mean anything to you? Does to me, to us- 6yrs on we are still asking, what happened, where is Itai Dzamara? (Pro-democracy activist and journalist”
Zimbabwe has the worst forms of government restrictions on free expression, press, and the internet, including site blocking, censorship, and the existence of criminal libel laws. Popular Zimbabwean journalist Hopewell Chin’ono has endured violence, threats of violence, unjustified arrests or prosecutions several times.
So, I will pause a question-who exactly is responsible for protecting human rights?
Zimbabwe’s public health system has totally crumbled, underlined by drug and equipment shortages. The staff are underpaid and overstretched, endangering the lives of mothers and babies. “Mother and baby are both doing fine…,” words uttered at will whenever a mom gives birth and equally, words taken too much for granted. My childbirth experience was quite the traumatic one, fraught with complications. I shudder to think what would have become of me and my baby had I been in Zimbabwe. We both could have died. The healthcare system in Zimbabwe is in a sorry state. The largest hospital has only two operating theatres. Over 2,500 women die during childbirth every year. Maternal mortality is spiralling; at a major hospital seven babies are stillborn in one night. 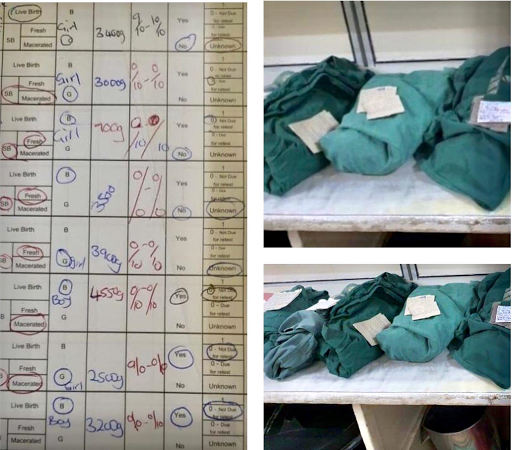 “…this scenario plays out in Zimbabwe’s public hospitals with alarming regularity these days”.
"These are not isolated incidents. This is repeated every day and all we can do is watch them die. This is torture for the families…”
This is excruciating, my heart bleeds for all the families going through such loss. Yet the government continues to lavish its enablers with unnecessary luxury cars which, put together, would build a sizeable, functioning hospital.
Fundamental human rights are being ignored. Zimbabwe’s prevailing water and sanitation crisis was exacerbated by the Covid19 pandemic as the Zanu-PF elite continue to syphon funds meant for the relief of coronavirus. Moreover, the government has destroyed our education system, the right to housing is being trampled upon everyday as the government continues to demolish houses leaving thousands homeless, displacing masses out of their ancestral homes with no regard to their welfare, no consultation, no compensation, just sheer tyranny and oppression.
Q: Again, I ask, just who is responsible for protecting human rights?
Security forces and other government agencies, who are supposed to be protecting the citizenry are the very perpetrators of violence and injustice of the worst order, raping women and girls and subjecting them to sexual violence as a tool to silence dissent. Since becoming a Human Rights activist-my personal focus is advocating for the rights of women and girls- in particular- victims of rape and sexual violence. Restoration of Human Rights (ROHR) Zimbabwe has been instrumental in my implementation of that cause towards rape and sexual violence victims among other human rights violations. They have afforded me the opportunity to connect with pressure groups in Zimbabwe that protect the girl child as well as other projects that support women who have endured such. Even though I still fear for my life, I am also resolute about obtaining justice for survivors irrespective of profile. Perpetrators have managed to evade the strong arm of the law and remain untouched because of their high positions in society. 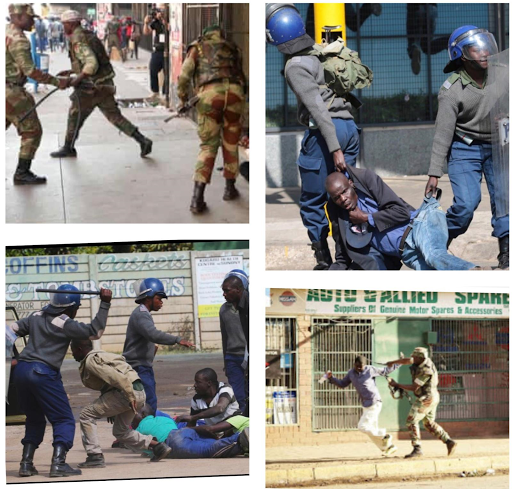 The police and other government agencies continue to subject civilians to unlawful or arbitrary killings. They continue to perpetrate physical and psychological torture, unwarranted detention, abductions, targeted violent assaults and torture of civil society activists. Opposition members, other perceived opponents of the government, labour union leaders such as Amalgamated Rural Teachers Union of Zimbabwe (ARTUZ) president Obert Masaraure, have all repeatedly faced persecution and fury of the government. Yet, the said government agencies and security forces have the implicit support of the government, with no single record of arrest or punishment for these atrocious violations. We continue to call for an international investigation into these attacks by security forces on citizens protesting fuel price increases in January 2019. Collectively, the aim is to provide windows of insight into the multi-battles faced by the powerless.
Action Points for everyone who cares about human rights (activist or not)
§  Speaking up puts pressure on perpetrators of abuses (ZanuPF) to change their behaviour.
§  Supporting civil society organisations to hold the government to account will amplify our voices.
§  Engage in public campaigns in the community, online and across all social media platforms to raise awareness of abuses
§  Educate people about their human rights, teaching and empowering them to defend themselves and to challenge the government who is denying them those rights
§  Offer practical support to victims of human rights abuses such as offering food, temporary shelter or advising on how to seek justice. E.g., The Scotland Branch of ROHR Zimbabwe have supported foot soldiers who had been falsely imprisoned with bail money. They have supported torture victims by covering their medical expenses as well as their basic food supplies.  They have been supporting the Kids Breakfast from the Epworth Kitchen where the government has looted funds.
§  Lobby people in positions of power and influence such as MP’s, Councillors, corporations, allies, charities etc. ROHR members participated in the #MeetYourMPCampaign where each constituent took up human rights violations concerns with their respective MPs.
§  Engage or pursue legal avenues for justice through advice, legal representation and casework. Zimbabwe Lawyers for Human Rights (ZLHR), Beatrice Mtetwa are some notable names when it comes to safeguarding the rights and freedoms of ordinary citizens.
§  Fight for all laws to be aligned with the Constitution of Zimbabwe and ensure they are in line with the country’s obligations under international law. Namatai Kwekweza has spearheaded the #SaveOurConstition Campaign
§  Make efforts to seek International interventions and report violations to bodies like the UN, UK, US, EU etc
“Without protection of human rights, man will be subject to "tyranny and oppression “, a nightmare the people of Zimbabwe find themselves in. But all is not lost. Guess what? I am here to tell you it starts with YOU. Yes, YOU!
“It's only a drop in the ocean - but the ocean wouldn't be the same without that drop”. Anyone can be an activist. Speak up against discrimination, oppression, torture, kidnapping, arbitrary arrests, right to housing, ANYTHING or any injustice you see. After all, we would all benefit from a successful economy that meets current and future needs of its people in a sustainable manner. Rise Zimbabweans, Rise Up Zimbabwe.


Author: Alvina Chibhamu is a human rights activist and the Secretary of Restoration of Human Rights (ROHR) Zimbabwe’s UK Chapter. She is based in the United Kingdom and can be contacted by email on alvina80@yahoo.com