Harriet Ndlovu - Why I became a Human Rights Activist

“To Make a real difference In my Motherland Zimbabwe ’’ 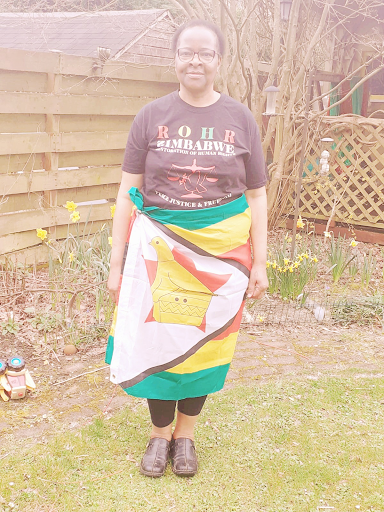 Amongst the things that are of great concern is the issue of   Gukurahundi  a series of massacres of Ndebele civilians carried out by the Zimbabwe National Army from early 1983 to late 1987. A term which loosely translates to “The early rain which washes away the chaff before the spring rains". This was the looting of Matabeleland and Midlands provinces and unlawful arrest and the brutal attempt of the marginalisation of Matabeleland since 1980.May I take this opportunity to express my grief particularly on the number of lives that were lost through this Demonic operation by the Zanu-PF government. Which has continued to torture the lives of the citizens in many ways up to this day?

Zimbabwe had a strong agricultural sector, however, Mugabe's damaging land reform program, where land was seized from white farmers and given to black farmers who did not have the skills to farm their new lands, together with a multimillion dollar foray into the war in the Democratic Republic of Congo, shattered the economy, with Zimbabwe going broke with a reliance on food imports. Health care and educational systems, once the pride of Africa, are in tatters and over half of the rural population don't even have access to a toilet.

Thousands of Zimbabweans are living in Diaspora in search for greener pastures. I therefore stand to advocate for the Human Rights for the people of our land. To call upon all the organisations to put heads together to put these injustices to an End!!

Author: Harriet Ndlovu is a human rights activist and Branch Treasurer of the Scotland branch of Restoration of Human Rights (ROHR) Zimbabwe’s UK Chapter. She is based in the United Kingdom